Commercials are often an annoyance, especially when they interrupt our favorite television show or movie to peddle the latest and greatest must-haves. Fifth and sixth graders at the Fletcher Elementary School took the creation of commercials into their own hands during their first week back in the classroom in an attempt to teach their fellow students the right way to behave at school.

“We live in a digital age,” sixth-grade teacher Jasmine Tremblay said. “Our students are inundated with advertisements and commercials everywhere they look. They are learning from those things, whether we like it or not. It’s time to use that technology and concept to our advantage as a teaching and learning strategy.”

The Fletcher School uses an approach called Positive Behavior Interventions and Supports, or PBIS. One of the cornerstones of PBIS is establishing and teaching school-wide expectations for behavior. And, that is exactly what the students did, with an innovative twist.

“My group was responsible for teaching the expectations for the hallways,” sixth grader Elise Towle said. “Our theme was superheroes. We made a video that showed kids not following the rules in the hallway. The superheroes jumped in and taught them the expectations. It was supposed to be really funny. We thought the younger kids would learn better that way.”

Fletcher’s fifth and sixth graders created commercials to teach younger children about six areas of the school building and beyond, including the hallway, cafeteria, restrooms, playground, office, and bus. They used a variety of technology resources including iPads, iMove, animation, slow-motion and other techniques. When they were finished, the commercials were aired in each classroom, and the producers of each facilitated a conversation with their younger counterparts to ensure that they understood the messages being presented.

“Our students have amazing potential to be leaders in the classroom, the school, and the world,” fifth-grade teacher Cassie Underwood said. “Starting the school year by supporting them through this great responsibility really set the tone for our belief in them as responsible citizens and their belief in themselves as role models.”

“We made it fun instead of boring,” Towle said. “This is not how we usually learn about the expectations. We took charge and kids listened more.”

“There are new kids in our school every year and they probably do not know what the rules are,” sixth-grader Julie Slingerland said. “It’s cool to have the older students demonstrate it for them. In the future, I think the sixth graders should continue to do this because it was fun. We got to show the kids what it looks like to follow the expectations. Nobody had to just sit there and listen to an adult talk about them.” 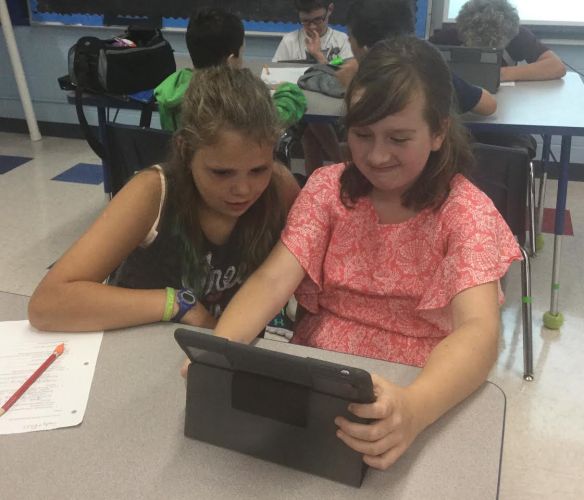 “PBIS has brought really clear and consistent expectations throughout our entire school and with our entire staff,” Fletcher’s School Counselor and PBIS Coordinator, Sandi Simmons, said.

“PBIS focuses on the positive,” Tremblay said. “We teach the rules frequently before there is an issue, or as in this case, the students teach each other, which is even more powerful.”

The project served as a review of expectations for the older students, too. 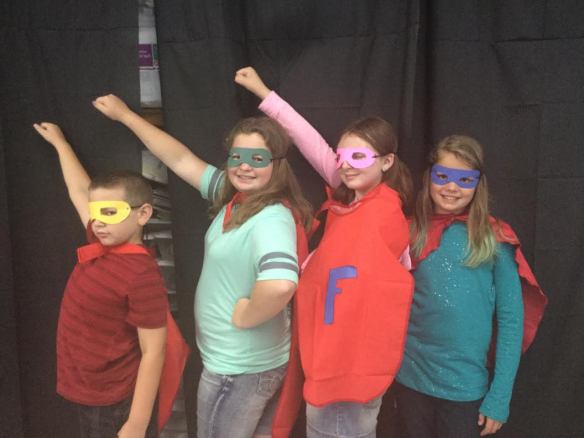 “Even when we were making the video we were talking between ourselves about the expectations and what they meant to us,” sixth grader Shaun McGillis said. “I know that we were doing this for the younger kids, but we learned from it, too.”

The opportunity to explore technology was not lost on students, either.

“We did a lot of reshoots,’ sixth grader Mercedes King said. “We wanted to get it just right, just like the director of a movie. It was more fun to do this project with the iPads. After all, most of the commercials we see are digital.”

“We actually filmed on the bus,” sixth-grader Zachary Bushey said. “We presented the bus rules in a video through the characters of Minecraft. Everybody loves Minecraft. We brought the characters to life to teach about how to keep the bus safe and enjoyable. I think this is better than just listening to teachers talk. A lot of people like electronics. It’s the grip of the age.”

“People just remember things better this way,” fifth grader Jack Tinker said. “It took a lot of teamwork. We have more experience with the rules as older kids. The younger kids listened well and we got to share our stories with them. They are going to be more responsible, respectful, safe and caring now because of us.”

View the fifth and sixth graders’ commercials for school-wide expectations!

Indicators of Success: (1) Students and staff act as coaches, facilitators, collaborators and co-learners in a personalized learning environment. (2) Students and staff design and implement projects together. (3) Students and staff lead as engaged and responsible citizens. (4) Students explore a greater understanding of community, social issues and self in the community. (5) Student voice has the power to impact the perceptions of others.

Action Steps: (1)Design multiple avenues for students to lead, advocate and serve within the school and community. (2) Ensure students take a leadership role in their learning using rich, authentic questions, problems they identify and diverse resources to formulate solutions. (3) Shift teacher roles from director of teaching to facilitator of learning. (4) Demonstrate learning habits, communication and problem-solving skills necessary for collaborative learning and leadership.

1 thought on “We Interrupt this School Day To Bring You A Special Announcement: Student-Produced Commercials Teach School-Wide Expectations In Fletcher”