Three years ago when planning how to integrate innovation spaces into FWSU schools, we explored the emerging technology of 3D printing. At that time, many schools seemed to be using the technology to print everyday objects, like keychains. Although this was new and trendy, the leadership team agreed we wanted more: our 3D printing experiences for students would be centered on design thinking and problem-solving. We set a goal to use this technology to do more than “just print keychains.” We wanted to strive for a learning experience that would empower our students to create objects with real purpose and positive impact.

Today our Innovation Labs are well established and we have successfully used 3D printing technology to solve problems and bring creative design to new levels. Students have printed all sorts of objects along the way (some may have even resembled keychains!). At the same time, 3D printing has become an important tool, the GEMS Innovation Lab has also focused on the important concept of global sustainability. To apply this concept authentically, the Lab has used the UN Sustainable Development Goals (SDGs) as a framework for several student learning experiences. 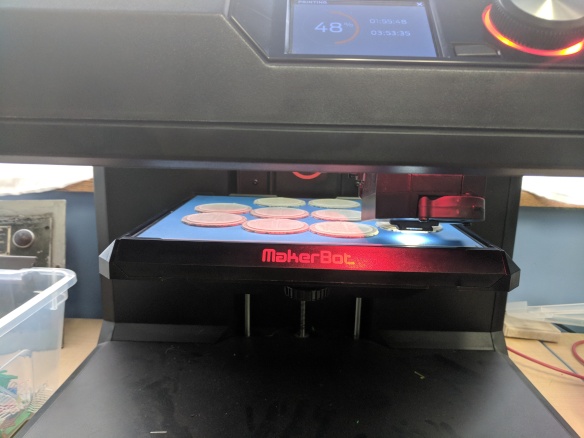 One such class called Global Inquiry asks students to study global issues and problems associated with the SDGs and then take action. The overarching idea is that we all need to participate in order to solve the world’s problems. Small steps taken by a large number of people can add up to a great deal of progress. This is the second year of the class and students have completed wide-ranging projects from a solar oven to a blog raising awareness about shark finning, to work with an elementary classroom to reduce the use of plastic shopping bags. All of these projects took small but meaningful steps forward toward one or more of the SDGs.

One of the groups in the current class wanted to do something about SDG #15: Life on Land. After doing some research, they decided they would like to raise money to symbolically adopt a hippopotamus. They planned to ask for donations but also wanted people to show their support for the cause by displaying an object. The students focused on 3D design and arrived at the idea of a “hippo charm.” 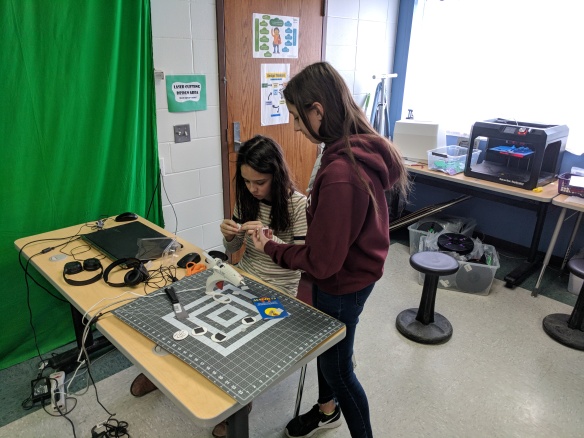 Several design prototypes were created before the students decided on a flat circle with a raised logo. Next came the question of how it could be displayed. Once they were printed, some were backed with magnets, and others had a ring threaded through a hole at the top of the design. While students could hang these from backpacks to display their support, the charms quickly became known as the “keychain” option.

The students have received a steady stream of dollar donations and have given out their hippo charms in return. An additional design, a “hippo figurine”, created by another student in the class, has also become a popular request. The project is well on its way to raising the needed funds for the symbolic hippopotamus adoption. More than that, it is showing once again how small efforts can add up to positive change. Call it a keychain, call it a charm, in this case, it is more; it is students making a positive impact on their world.

If you wish to know more about this project or are interested in participating in some way, you can contact the Global Inquiry Class through the GEMS Innovation Lab by email or connect @gemsinnolab.

1 thought on “THE FWSU STORY: When a Keychain Is Not Just a Keychain”