Action Steps: Provide students with methods for learning beyond the classroom and school walls.

Indicator of Success -Students are engaged in answering authentic questions and solving problems in collaborative settings.

Congratulations to Alex Courtois from Mrs. Dattilio’s first grade class for being selected as the first place winner in the PBS Kids Writing Contest! Out of 140 entries, Alex’s writing in Tim and Anna: A Horror Story was chosen as the best among first grade entries. They said in 20 years of running this contest, this was the first horror story they had seen. Alex had spent almost 6 months working on his story as part of Writing Workshop in his classroom.

The end result was a three-chapter book about 2 children lost in the woods, pursued by a werewolf and seeking refuge in a seemingly abandoned house before finally meeting with an unfortunate fate at the end. Alex was invited to the PBS studio where he recorded his story in front of a green screen. This recording, along with images of his book, will be posted on the PBSkids website, as well as aired on the local television station. Alex also attended a special award ceremony last Saturday to receive his award. He received a trophy as well as a grab bag full of gifts. 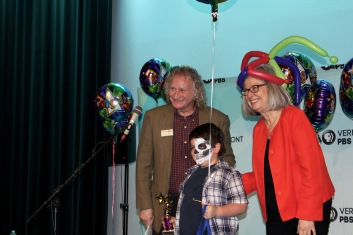 Alex’s story is now ‘touring’ the state and being read at local libraries. It will also be sent on to a nationwide competition and be judged against other first graders stories from across the country. Alex has already begun working on a sequel! We are so proud of Alex and excited for him on his big accomplishment! As he received his award, Alex was joined by his parents and… 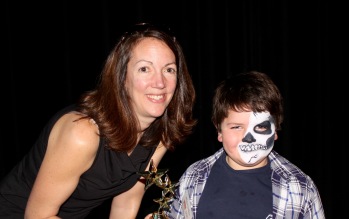 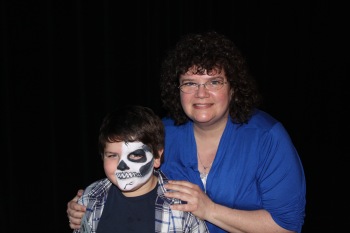