While the Fletcher Elementary School mascot may be the falcon, students sounded more like songbirds Tuesday, as Pacific Records recording artist Chad Hollister transformed preschoolers through sixth graders into singer-songwriters ready to take the music industry – or at least the school gymnasium – by storm. 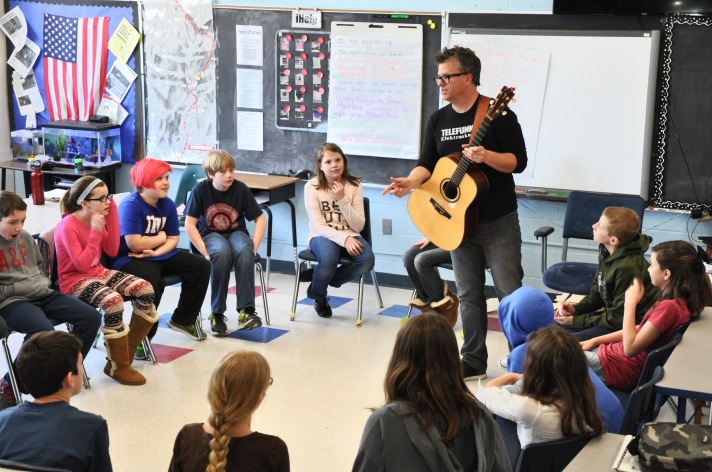 By afternoon, Hollister had reluctant student performers singing a different tune. With nearly 150 students, staff and family members in attendance at a whole-school assembly, Hollister performed several of his own songs, and then led the school in a powerful rendition of a collaborative tune that classes penned throughout the day, each grade adding a verse to the composition.

The student composition kicked off with the powerful thought, “In the beginning, the world is in our hands,” composed by four-year-old preschoolers. Other classes added sentiments about being respectful, responsible, safe and caring, a connection to Fletcher’s school-wide behavior expectations. The score also paid tribute to local landmarks like Metcalf Pond and Smugglers’ Notch, before thinking more globally about issues like the environment, appreciating what you’ve got, and being kind to others.

“All of our ideas made it into the song,” Stygles said. “It was like magic how everybody’s thoughts could be reflected in just a couple of lines. I learned that so many ideas are connected. And then, all of a sudden, we had a whole song and it was time to sing.” 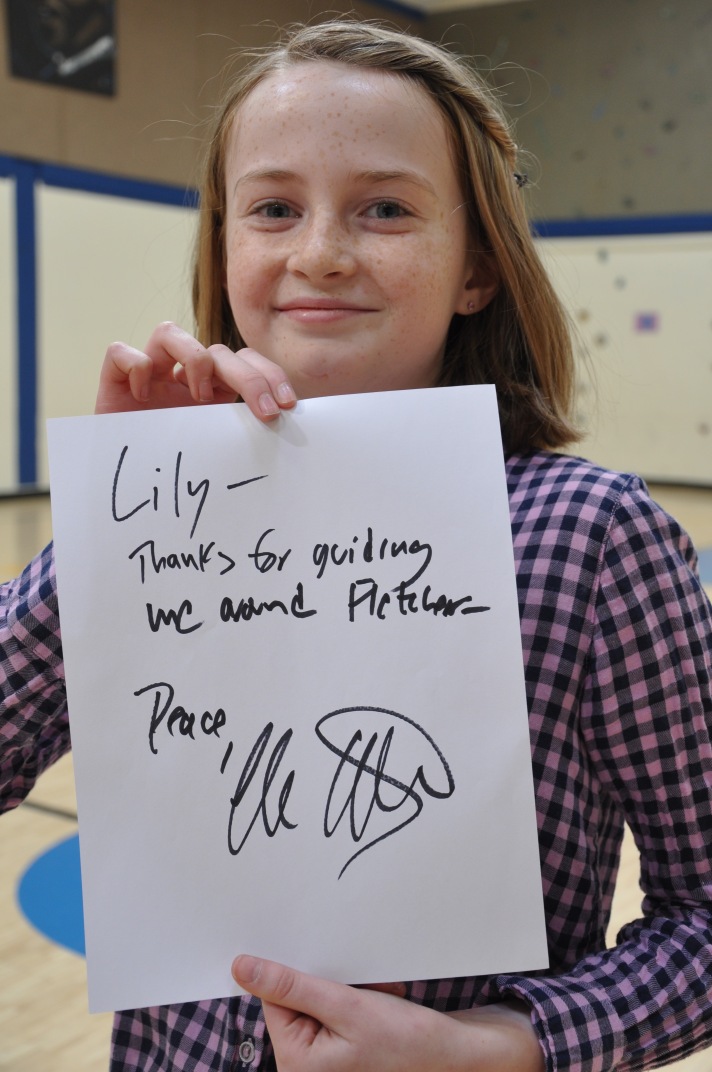 “The concert inspired me to think more about the world and writing songs,” fourth-grader Lily Sweet said. “We can always write about the good things in the world and about good people. Those thoughts make me happy.”

“I liked working together as a class to write the song,” fourth grader Anna Villeneuve said. “To have a nice song, you need a steady beat and rhythm. The song will sound amazing if you begin with these.” 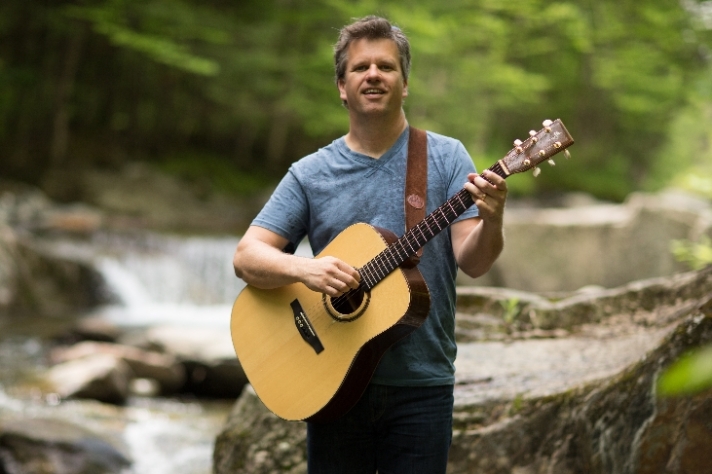 Hollister is a Worcester, Vermont-based artist who has been making music and touring the country for more than 20 years. He has opened shows for the likes of Bob Dylan, Paul Simon, and Tom Petty. Additionally, he has shared the stage with every member of the band PHISH, as well as Billy Gibbons, guitarist and lead vocalist for the rock band ZZ Top, and Merl Saunders, former keyboardist for the Grateful Dead. His appearances with Warren Haynes, long-time guitarist for The Allman Brothers Band and founding member of the jam band Gov’t Mule, as well as time spent on stage with Blues Traveller, also top Hollister’s resume.

“Now, more than ever, our world needs good music,” Hollister told students, encouraging them to think beyond the school and the tangible items in their lives to their hopes and dreams for the global community. “We need music that is thoughtful and makes the world a better place.”

Hollister’s work with the students included yet another theme, one of self-confidence and following your dreams.

“I learned that if anybody tells you that you’re not good enough to do something, or that you can’t do it, don’t listen to them,” Stygles said.  “If you think you’re good enough you can do anything.  Don’t take no for an answer. Follow your heart and your dreams.”

“Everyone can sing,” first grader Camden Villeneuve said.” Singing helps your voice and makes you happy. When Chad would start each song I would be inspired.”

Hollister has four previous studio album releases, with his fifth, Stop the World, due to hit the airwaves in mid-April. For his latest project, he joined the roster of artists at the San Diego, California-based Pacific Records, an independent record label focusing on marketing, production, and distribution. Hollister will leave to go on tour simultaneously with the release of his new album. 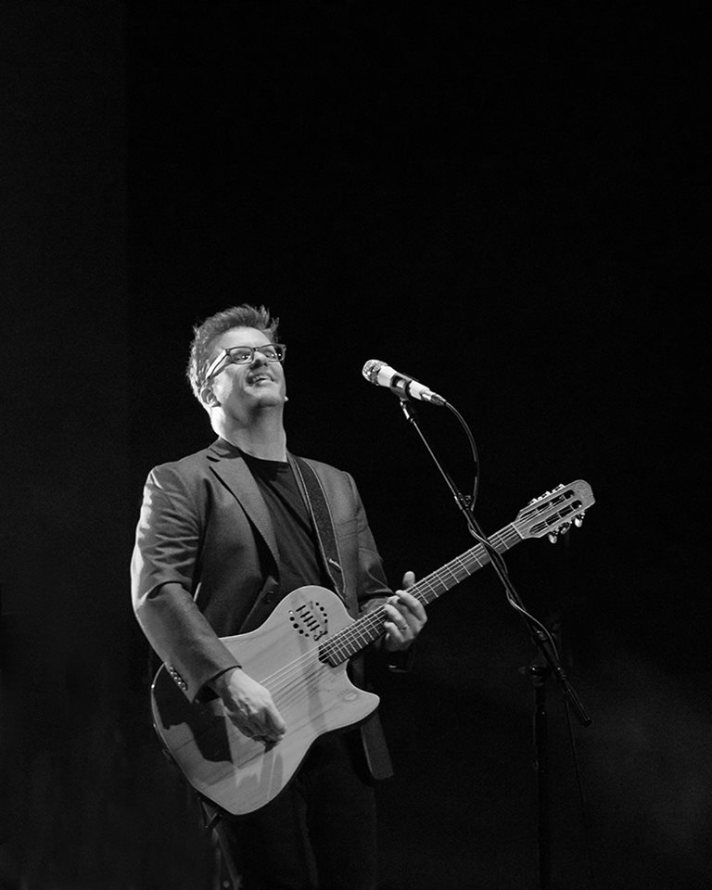 “Writing and performing their own song was a really powerful experience for our students,” teacher Denette Locke said. “They had to think critically about the important messages they wanted to send, and they did that in a fun, creative context. Plus, getting to see a professional performer model risk-taking by getting up and singing in front of the group really encouraged students to do the same.”

Of his music, Hollister says, “I like to really say something and think about being kind, taking care of Mother Earth, being good to people and loving themselves. If a piece of my music can inspire someone, it’s doing something right on planet Earth.”

Billboard Magazine called Hollister, who often performs with a 10-piece band, “a no-frills kind of rocker, cast from the same mold as such classic American artists as Bruce Springsteen, Tom Petty and John Mellencamp.”

“He was a good singer,” kindergartener Zachary Robertson-Ryan said of Hollister. “I want to get that good someday. He’s a good person because he sings to us.”

Hollister’s work with Fletcher students aligns with a current move by the school to support a proficiency-based curriculum. Last year, teachers and students began an intensive focus on clear and effective communication. Hollister’s message to students emphasized music’s ability to send an important message to listeners, and to celebrate what is right with the world. 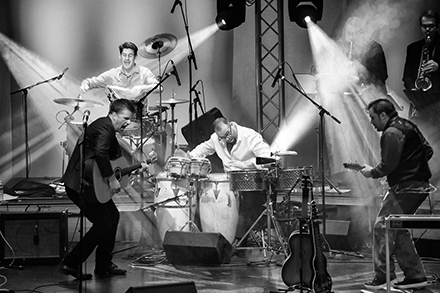 Hollister’s appearance in Fletcher was sponsored in part by Friends of Fletcher Elementary, the school’s parent group.

Targets: (1) Engaged Community Partners. FWSU staff and students engage in authentic learning opportunities with local, regional, state, and global partners to make a difference in their community, state, and world. (2) Flexible Learning Environments. FWSU maximizes flexible learning environments by redefining the school day, promoting learning experiences that extend beyond the classroom, and fostering creativity and personalized learning opportunities for all.

Indicators of Success: (1) Learning opportunities are designed to build proficiency in transferrable skills.  (2) Students pursue interests and opportunities, challenge convention, and make positive contributions in their community, state, and world. (3) Collaborative projects and partnerships are part of the fabric of the broader community. (4) The school calendar and definition of the school day is flexible and responsive to the needs of students. (5) Students engage in answering authentic questions and solving problems in collaborative settings. (6) Flexible learning environments are the context for collaboration and extend beyond the classroom.

Action Steps: (1) Plan and manage instruction to address problems relevant to students and their community; design and present solutions to authentic audiences. (2) Engage community partners in a focused, collaborative inquiry process to address community needs. (3) Increase access to resources for all students. (4) Develop opportunities for students to demonstrate transferrable skills in authentic settings.