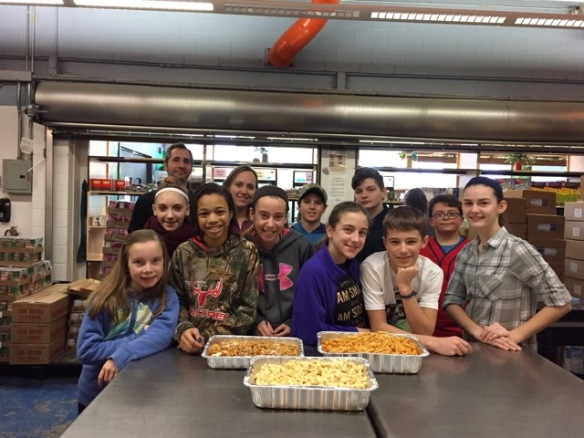 Mrs. Young — realizing that one of the most common settings for the use of decimals is the wide variety of calculations that can be done using money — came up with the idea of having students do a community service project on a limited budget.  Students utilized decimal operations and expository writing to come up with a written proposal for their service project, as well as a budget tabulating all of their anticipated expenses.  The funds used for these projects were left over from the fundraising that sixth graders had done the previous month to pay for their year-end trip to Lotus Lake. 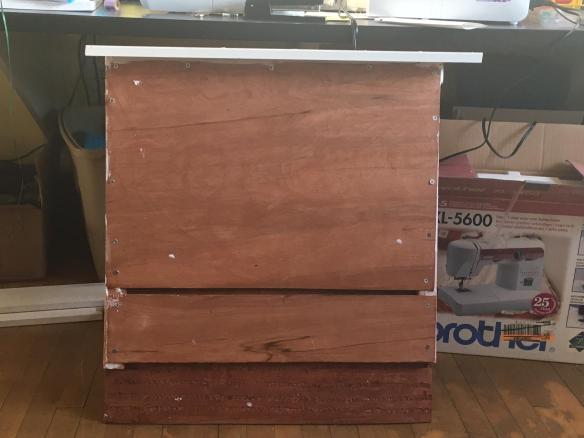 A few groups sewed blankets and teddy bears for University of Vermont Medical center, the hospital in Burlington.  Others crafted toys and treats that were donated to the Franklin County Animal Shelter. Still other groups cooked meals to supply the Chittenden County Emergency Food Shelf.  Another group, after reading that the local bat population was declining (and that bats are an extremely important link in local ecosystems), built bat houses to be distributed throughout Fairfax. 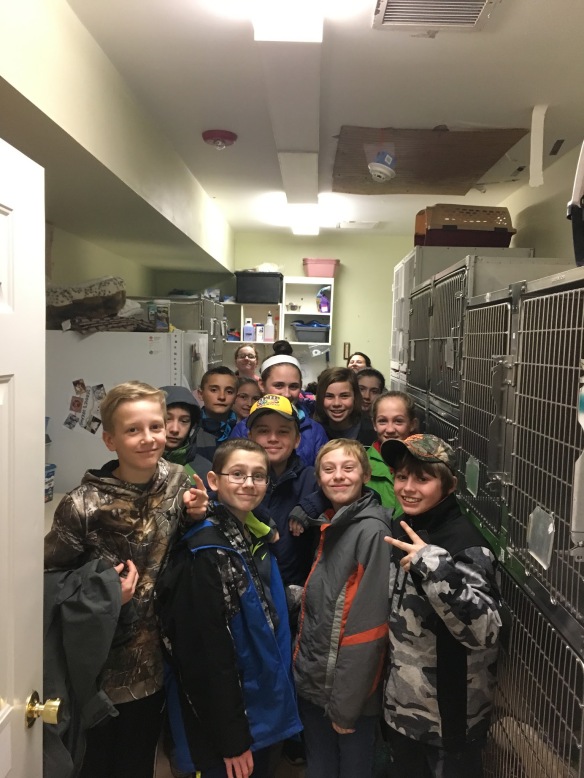 Delivering toys and treats to the Franklin County Animal Shelter 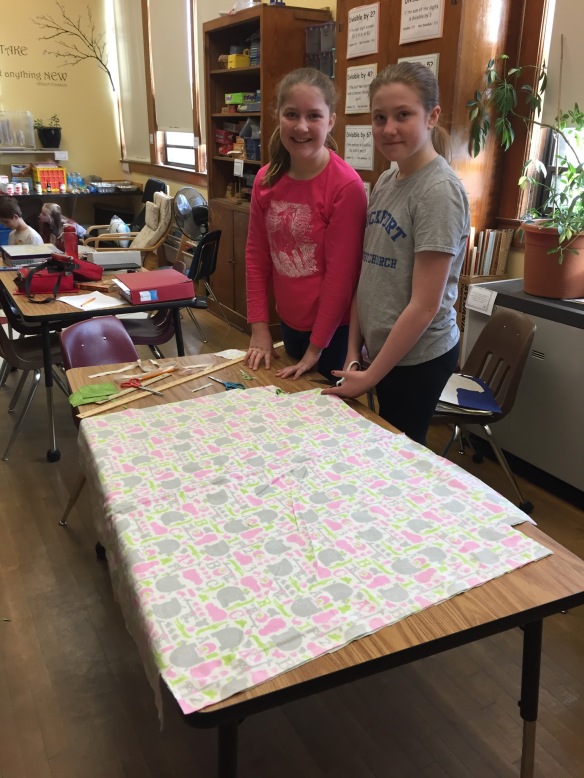 Making blankets for the hospital