At the request of the Social Studies Department, long time former BFA High School teacher Dave Clark, came to register 18 and 17-year-olds to vote. Thanks to a Vermont Constitutional Amendment (Proposition 5) passed by the people in 2010, 17 year old students who will be 18 by the General Election in November can vote in Vermont’s Primary on March 1 this year! 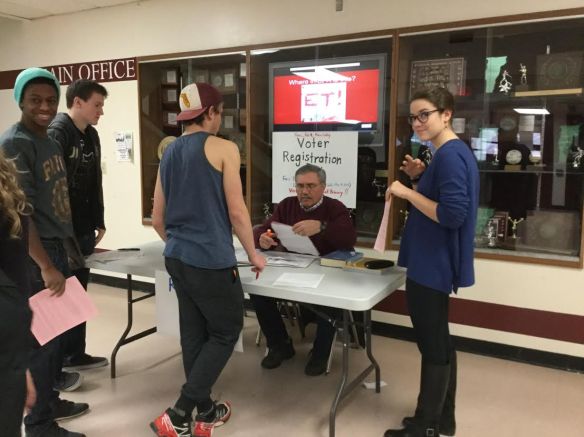 Over 25 seniors and juniors registered to vote for the first time in the upcoming Primary!

“It was a lot easier than I thought it would be. It allows me to take action on my opinion rather than just saying something and not doing anything about it.” ~ Senior Bastien T.

“I like how it was easy and accessible to register. It was good that the Social Studies teachers asked us to spread the word to 17-year-olds so we could bridge the age gap and get more kids registered.” ~ Senior Lucas W.