Awesome Inventing and Problem-Solving in the GEMS Innovation Lab In the final week of the Grade Prototyping and Inventing choice class for seventh and eighth graders at GEMS, the Innovation Lab was transformed into an open-ended problem solving and invention space. Students were presented with a list of problems that exist right in the lab, at school, or within the broader community. Additionally, students were free to add problems that they had identified.

The one thing all the problems had in common is that an invention could possibly solve them. Throughout the block, students were introduced to invention tools such as 3D design and printing, coding, Arduino microcontrollers, circuitry, soldering electrical components, and use of physical materials.

Students also experienced the design cycle and came to understand that invention is a problem-solving process which involves tinkering, trial and error, setbacks, and even starting over. 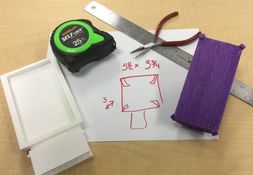 This open-ended inventing process created such an atmosphere of energy and excitement in the GEMS Innovation Lab!