Some spectacular middle and high school students successfully brought to life the story of Tarzan last week when the curtain opened on BFA’s fall musical. 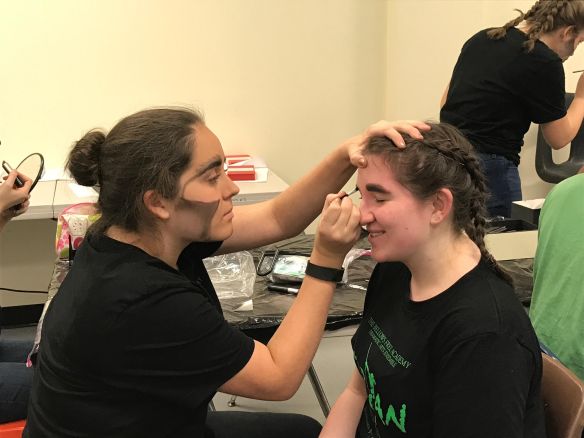 As with past shows, this primarily student-led production received rave reviews by all who attended. It is impressive that such small town like Fairfax has such a wealth of dedicated and extremely talented students. 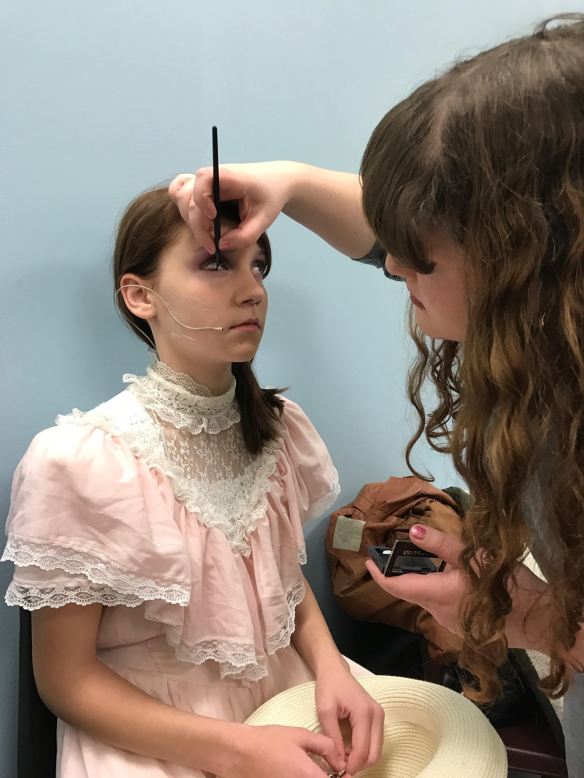 The students auditioned and were cast into their roles back in the spring. Forty-six students came out to audition, and as it is BFA’s tradition to give opportunities to all, each of the 46 was given a role.

After a week of learning choreography this summer, they were fortunate to be able to travel to Bow, NH to watch another high school production of Tarzan. The recent tradition of providing an opportunity for the cast to view a performance of the show they will produce has been a valuable tool in BFA’s last four theatrical successes. Students become familiar with the story, gain insight into their character, and pick up many artistic ideas for their own show’s costumes, sets, and presentation.

Students enjoyed the Bow High School production of Tarzan this past summer in NH.

BFA can take pride in the fact that their musicals are student-led productions. Adults are present for guidance, but the ideas and the work come from the students. They collectively put in many thousands of hours in preparation for a typical show. The students also help behind the scenes helping with costumes, with hair, and with makeup. 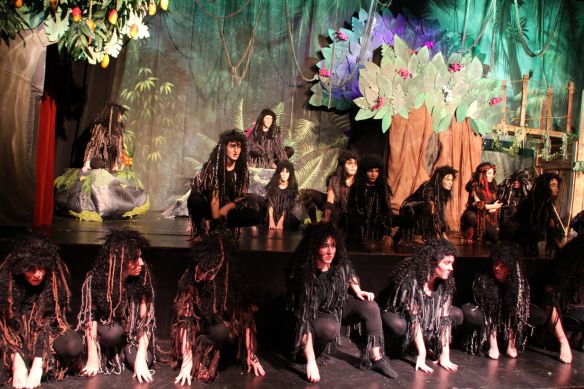 The 27 students in the Set Design class created an artistically designed and structurally sound set. The cast’s time investment in a typical show averages about 72 hours per student in after-school rehearsals.

Students tell the story of Tarzan on stage.

The lead characters spend much more than that memorizing lines and practicing choreography and singing, with most of it being on their own time.

The student cast of Tarzan was amazing!

At the helm this year was their peer and mentor, Annalise, the leader/director/choreographer who was responsible for teaching the cast and guiding them along the way with gentleness, poise, and grace. Only a junior, she has been involved in choreographing the musicals for the past 3 years. Her positive leadership in this production was an essential ingredient in its success. 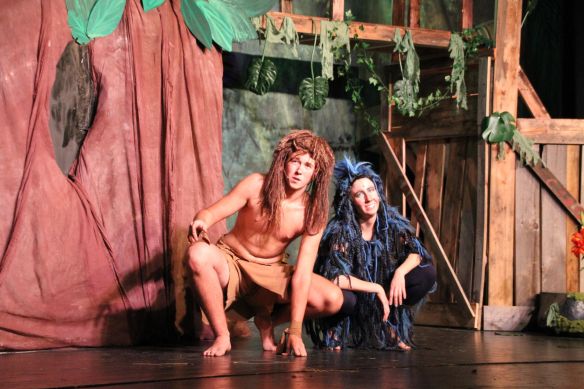 Each student puts in this massive time investment because of the love they have for the stage. They exhibit pure commitment towards making their character the best that it can possibly be.

They rehearse and practice to the point of boredom only because each of them has an underlying passion for the theater and for entertaining an audience.

So many students were involved in the production of Tarzan at BFA Fairfax.

That dedication and enthusiasm and passion is truly a gift for BFA and Fairfax!