The seventh and eighth grade Drama in Spanish Choice classes culminated their studies in a performance in front of a packed audience of their peers. 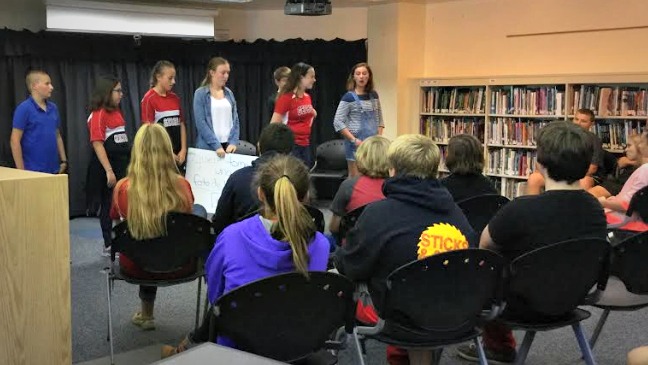 The students worked hard over the past six weeks of school with both Spanish speaking and drama, practicing a variety of plays before voting on several to perform. The plays, taken from a book by Pati Lozano called “Skinny Skits Short and Simple Funny Skits for Beginning Spanish Speaker,” were titled “Doctor or President, “Twelve Cookies,” “Pass me the Salt,” and “A Photo of the Family.” Though it was a challenge to memorize their parts in Spanish, the students reported that the hardest part was staying in the correct language and not speaking Spanish during the English version of the play.

Señora Mathieu is extremely proud of all the cast members for overcoming the challenges they faced and putting on a good show in both languages!